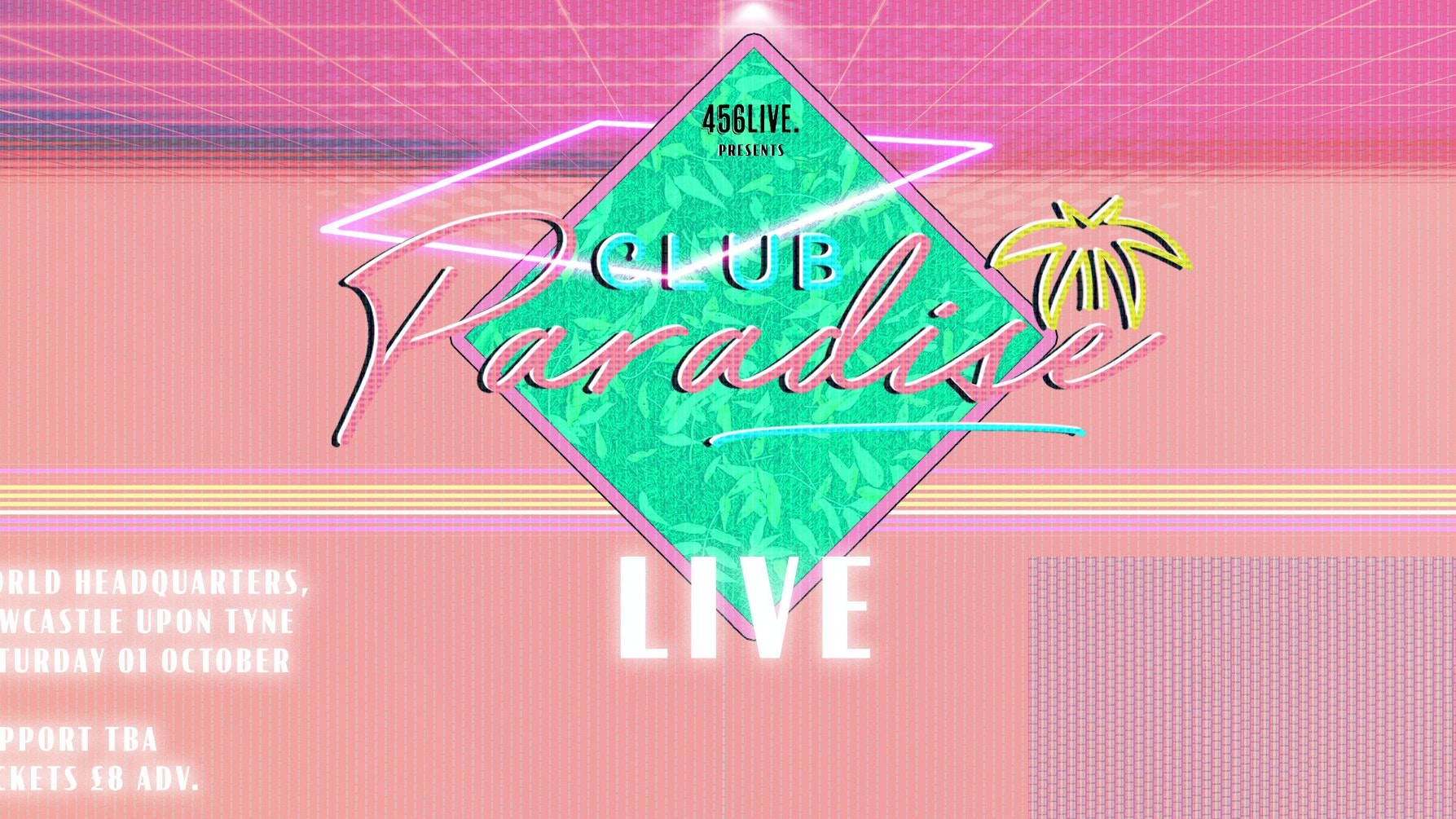 Club Paradise are on an exciting trajectory for the year to come, having received all-important support from the likes of BBC Introducing, Jack Saunders (Radio 1), Radio X, Clash, Shortlist, Complete Music Update, Record of the Day and a multitude of blogs.    Just before lockdown in March 2020, they played their biggest hometown show to date, selling out Cobalt Studios in Newcastle and supporting Kashmere at a sold out Deaf Institute show in Manchester. They’ve also supported Vistas, APRE, Larkins, VANT, Saint Raymond, The Navettes, Only The Poets and more.   Having released their debut single in July 2018, the band have built a fierce local following over the course of 6 previous singles; Do You Feel the Same? is the sound of band stepping back into the spotlight more confident and bombastic than ever. Made up of school friends Ryan, Jackson, Harry and Nathan, the band capture the energy of Foals, The Midnight, Friendly Fires and early The 1975, writing tracks reminiscent of an 80s Sunset Boulevard movie montage.